Homes for Sale in Omaha Nebraska 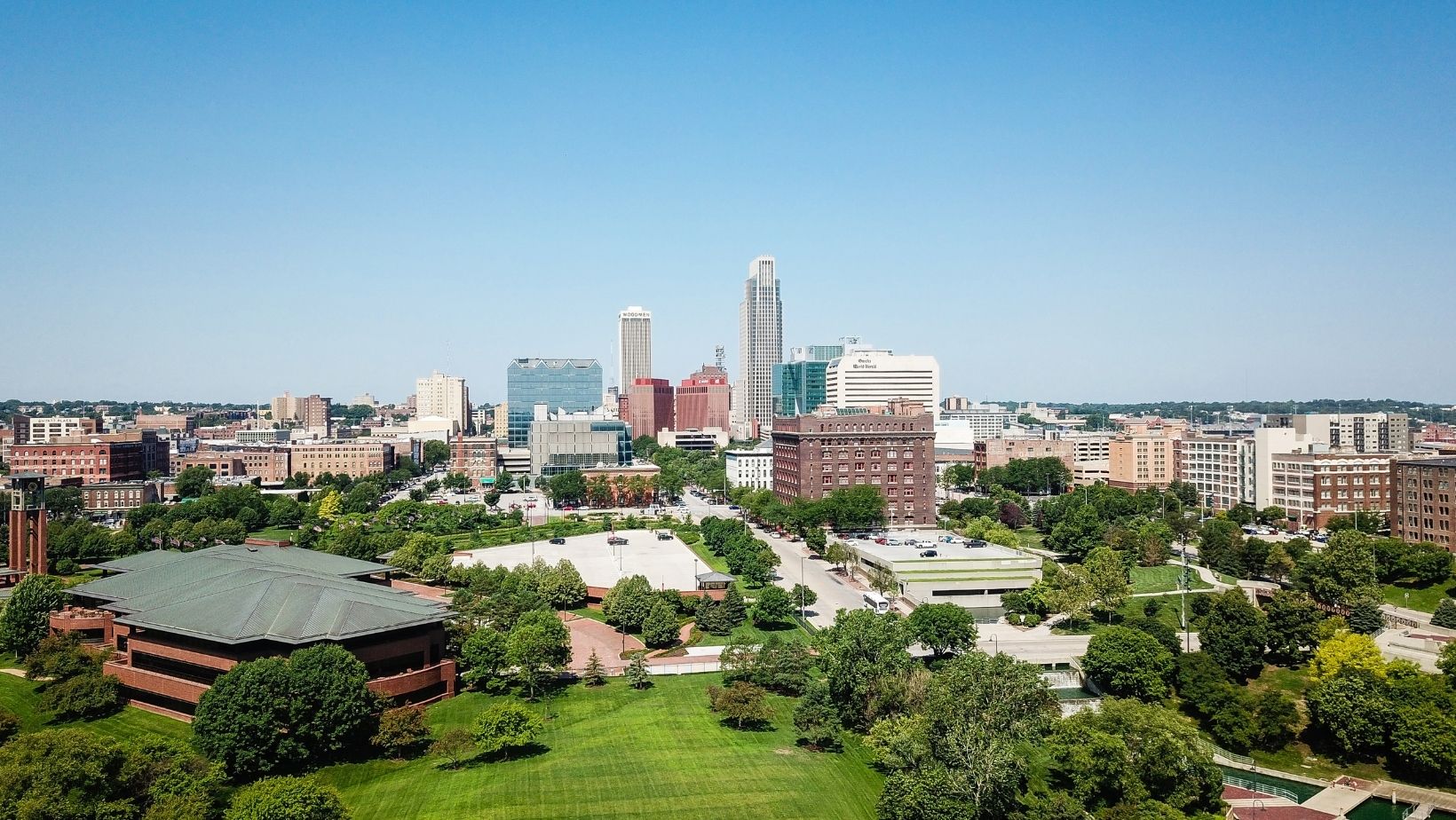 Omaha NE real estate listings are displayed below and updated multiple times a day from the OABR. Omaha is located in Douglas County.

Did you know that Omaha Nebraska has been rated #1 Best Pl. to live in the state? If you're considering relocation to Omaha or weighing your options and discovering the best place to live, we encourage you to take a look at Omaha. You'll find all of the most recent Omaha real estate listings but to learn more about this fantastic American city, read on below the listings.

For more information about any of these Omaha homes for sale, just click the "Request More Information" button when viewing the details of a property. We can provide you with disclosures, past sales history, dates and prices of homes, condos and townhomes recently sold nearby in Omaha, and more.

And, for your convenience, register for a free account to automatically receive email alerts whenever new Omaha listings come on the market that match your search criteria.

"Omaha is a good place to live! Out of all the states that I have traveled to throughout my life - exactly 11 - Omaha is the only one that has EVERYTHING. I enjoy things like eating out, going for walks to the library, watching sports, and looking at some cool art during my free time. There is the College World Series, parks everywhere, and Kansas City is just a two-hour drive if you are a chiefs fan. There is one fallacy though, because of past implementations of redlining the city is still segregated to a degree. Some schools are very diverse though, along with other popular places such as the malls and the Zoo. In conclusion, I'm happy with Omaha because of the ability I have to do things that I enjoy." - Niche

Who would've thought that this unassuming town in Nebraska could be so inviting? Omaha, once the gateway to the western frontier, has evolved into a thriving metropolis known for fantastic food, friendly people, and an inspiring successful job market. If you're looking to move to Omaha or considering a move, let me tell you why we love Omaha and 10 of the top reasons you should consider moving to Omaha. 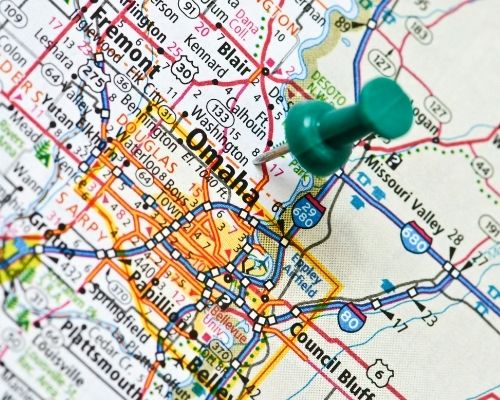 According to the national average, Omaha's cost of living is 8% lower. It's one of the best cities for millennials and Finance Yahoo named it one of the most affordable places to live in the US. They also said residents could to keep more than 71% of their income and with the median home value of less than $250, it's an extremely affordable place to buy a home.

I mean, it's the Midwest, right? We should have some of the best beef in the nation? And we do. Omaha is not just famous for our steaks and burgers but we have an immense variety of food as well from unique culinary tastings like Ethiopian food, Italian, and Mexican but world-class chefs migrating from all over the country from places like New York, Chicago, and Los Angeles. We know the farm-to-table movement and we have some of the best of flavors that the United States has to offer.

Yes, Omaha is a big city, but no, we are not pretentious about it nor are we that fast-paced. Even though we have a population of nearly 1/2 a million, we do have the Midwestern charm where people can take a break, grab a coffee at the coffee shop, sit down with a friend, or even stand on the middle of the sidewalk and chat with someone you haven't seen in a while.

Omaha has one of the lowest unemployment rates in America to the tune of 2.9%. This is well below the national average and we welcome new businesses. You'll often hear locals refer to us as "Silicon Prairie" because that's exactly what we are. Welcoming to the tech industry but still maintained that unique prairie and Midwestern feel. 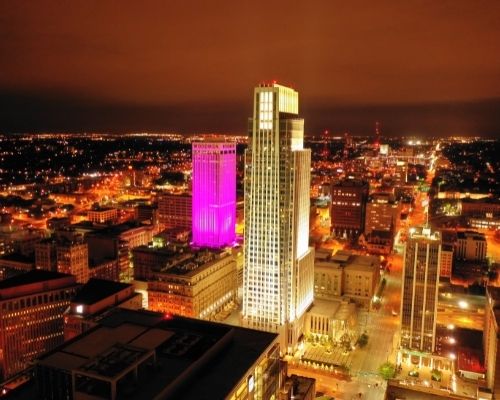 #5. Rated one of the best places to raise a family.

According to Forbes magazine, Omaha has been ranked seventh best city to raise a family in the country, primarily based on schools, housing affordability, ease of commuting, and low crime rate. We have a lot of things for families to do such as zoos, safari wildlife, birthday party venues, children's museums and more.

#6. There is always a festival or event going on.

It's easy to find something to do just about every weekend and Omaha. From festivals and events to local trivia nights, fantastic breweries, bands, museums, galleries, and more.

They say you can get almost anywhere within about 20 minutes and even though Omaha is not a small town, the commute routes are pretty easy. There are several metro areas that a car may not even be fired, especially in Old Market and downtown. It's a very pedestrian-friendly town with lots of parks, sidewalks, and transportation routes.

According to WalletHub, Omaha was named in the top 30 most friendly cities in the country. So yes, we are going to chat with our butcher, baker, candlestick maker… Well, you get what I mean. Everyone knows everyone in some form or fashion or is related to someone that knew someone that you probably have already met.

Omaha has a median home value of just $160,000 and these are beautiful little homes in suburbs, gated communities, establish neighborhoods, townhouses and condominiums. But the median rent is only $923 as well so whether you're renting or buying, it's fairly affordable. 59% of residents own their own homes. 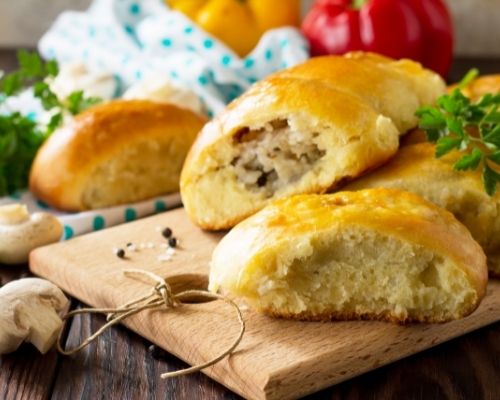 What is Runza, you might ask? It is one of the most well-known fast food items in Omaha culture. This unique yeast dough bread pocket gets filled with beef, cabbage, sauerkraut, onions, and other seasonings and is usually baked into various shapes such as a role or even Perrone shaped. And where can you buy this? There are lots of places throughout Omaha and all over Nebraska. They even have a few in Longmont and Loveland Colorado.

Omaha is run by its own Omaha public school system, one of the largest school districts in the state of Nebraska. It serves a diverse community of about 52,000 students with over 80 elementary and secondary schools throughout Omaha. Omaha schools placed second in the state of Nebraska for academics and graduation rates. There are 63 elementary schools, 12 middle schools, seven high schools, one K-12 virtual school, and 11 alternative schools.

The top-rated schools include:

Omaha has a median home value of about $160,000. This covers condominiums, townhouses, and single detached homes. You'll find properties starting at less than $100,000 for certain condominiums in manufactured homes, lots and parcels of land for building up to about $1 million for single-family homes and establish properties. At it a given time there are roughly 750 to 1000 listings throughout the entire Omaha metro area priced from $25,000 to $5.8 million for luxury estates or large parcels of land. For more information on all homes for sale in Omaha Nebraska, contact our agents below. If you would like a personalized list of any properties that meet your search criteria and price, so out the form or continue to browse all Omaha neighborhoods, subdivisions, and homes within specific school districts.